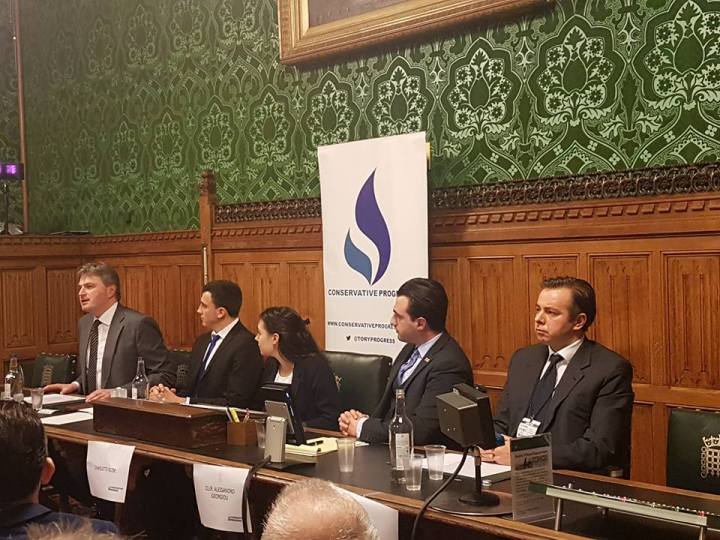 On 11th January Daniel Kawczynski participated in a panel discussion organised by the Conservative Progress. Daniel Kawczynski debated the enormous contribution made by European migrants and the fact that their residence in the UK is vital to the British economy. Daniel Kawczynski outlined that both British and EU citizens should support the government of Theresa May in her negotiations regarding Brexit.

The  Conservative Progress hosted a panel of experts to understand ways of engaging with European citizens living in the UK and understanding the issues they face; especially post Brexit. As it stands, EU citizens will have a vote in the 2018 Borough elections and it is important that all efforts are made to reach out to those living here to secure victory.

Among the panel members there were:

The event was Chaired by Charlotte Kude, Secretary General of the IYDU.