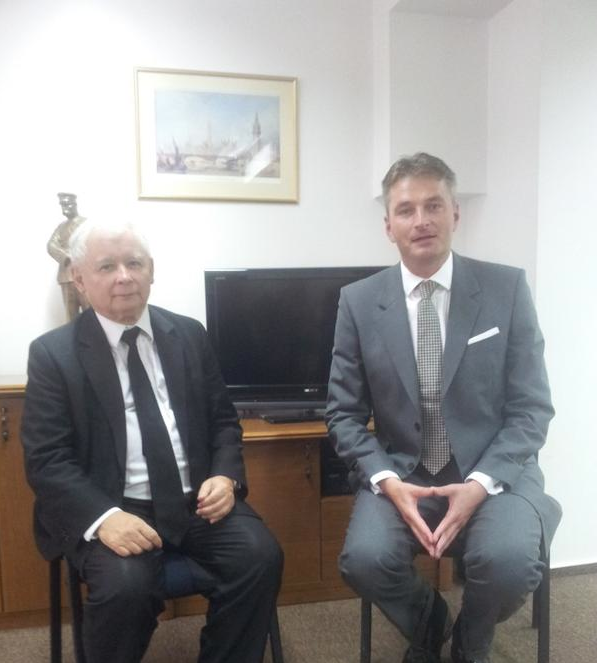 Whatever your views may be on the future of the European Union, or the UK’s position within it, few would disagree that recent developments in Greece and the current migration issue have resulted in increased dissatisfaction with the status quo across the continent.

The Prime Minister is approaching European leaders with questions on the viability of continuing along the same path at a time when those same questions are being heard within other EU Member States with increasing volume and frequency.

Thirteen years ago the Law and Justice Party (PiS) of Poland made their first approach to the Conservative Party for both parties to pull out of the EPP/ED Group in the European Parliament and to form a new block for non-federalist right of centre parties.

I had the opportunity of engaging with that process, and Poland was looking to the most successful conservative party in Europe to take the lead in this vital process to pull the non-federalist threads together within the European Parliament.

In due course we did pull out of the EPP/ED group to form our new caucus, and a great deal of work has gone into finding other similar-thinking sister parties from around other member states.

The steady growth of the European Conservatives and Reformists (ECR) has seen them become the third largest grouping in the European Parliament and I am proud of the work my colleagues are doing in Brussels to oppose EU federalism and promote true subsidiarity.

Perhaps the greatest success for these shared ideals lies in the progress of The Law and Justice Party of Poland – the second largest party in the ECR Group. They have recently recaptured the presidency, won the parliamentary elections and received the highest mandate to govern on their own.

No other single party has received such a level of support in Poland since the fall of communism 25 years ago.

It was a great pleasure for me to help host the President of Poland at a ceremony last month with Polish veterans who fought with the British forces during the Second World War. Marzena Schejbal, the Chairman of the Home Army in Great Britain, a representative of the largest underground army during the war was present, alongside other notable soldiers such as Otton Hulacki, who fought with the British at Monte Cassino.

It was with enormous pride that I watched these heroes be greeted and honoured by the Secretary of State for Defence, Rt Hon Michael Fallon MP.

I congratulate the Polish President not only on his victory but also on the principled stand of the Law and Justice party in their fight to protect Polish sovereignty from the ever-encroaching tentacles of the Brussels bureaucracy.

In strengthening NATO’s presence by way of creating new permanent bases in its Eastern regions, and by fostering British-Polish military and economic cooperation, we are opening a new chapter in history.

A stark example of the growing frustration with the European status quo is provided by actions of Germany and the European institutions in dealing with refugees fleeing terror. I am pleased that Britain is committed to taking more refugees directly from the war-torn Syria in order to discourage them from taking dangerous journeys and we should encourage other nations to participate in these efforts.

Our country is the world’s second largest donor in foreign aid and we are spending billions to support those in need and to prevent future crises.

International development and asylum policy should be the responsibility of Member States themselves, and I am disappointed by Martin Schulz’s comments in the European Parliament, stating that Eastern Europe may be pressured “with force” to accept refugees.

Such an approach will serve only to further increase distrust in the institutions of the EU. Europe must find solutions to the problems it faces through compromise and dialogue.

There has never been a greater opportunity for the United Kingdom to leverage the support of Poland and other countries being governed by these important sister parties, as well as where these parties are forming a bolder domestic opposition.

The Danish People’s Party won the most seats in the 2014 Danish EU Parliamentary elections and has grown to become the second largest party within Denmark. Similarly, the New Flemish Alliance became the most successful European party in Belgium.

The Prime Minister is not renegotiating our relationship of the EU with leaders protected from this anti-federalist feeling. He is asking Member States to act on issues that their own electorates are viewing with increasing frustration and urgency.

It is fast becoming impossible to ignore the cries for state sovereignty across the continent.

The article was published on 2nd November 2015 at Conservative Home.