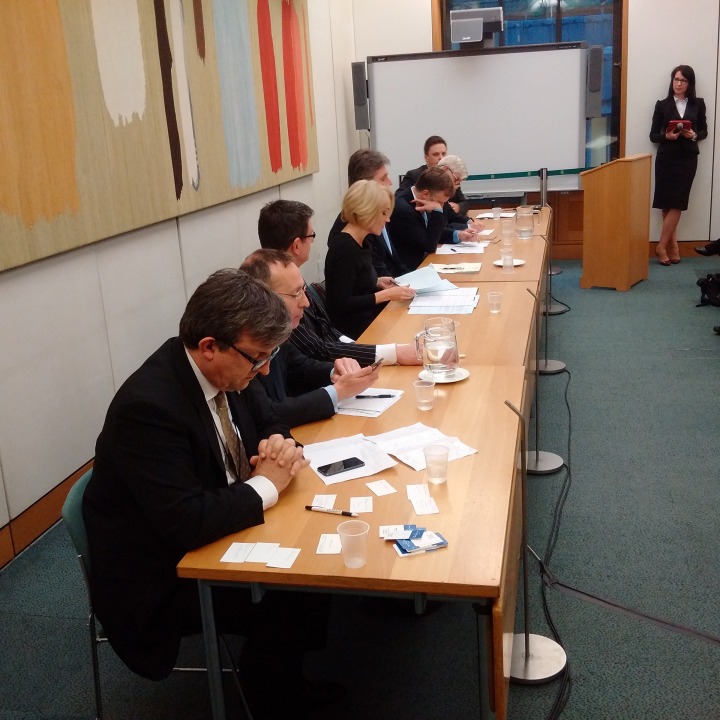 A debate on the role of Poles in the UK, held  at the House of Commons, gave the Polish community a voice, organisers say.

James Dixon, an award winning barrister at No5 Chambers, was one of a number of speakers at the event organised by the All-Party Parliamentary Group on Poland, British Polish Law Association and Polish Professionals in London, alongside Polish born Conservative MP for Shrewsbury, Daniel Kawczynski, who also hosted the evening.

As the discussions on immigration continue to attract headlines, the debate, held at Portcullis House on Monday, asked whether there is a future for Poles in the UK?

“I think we proved that there most certainly is,” was the resounding answer from James. But, he said, the question has to be carefully considered within the context of EU migration and EU citizens rights as a whole.

“The debate proved to be very interesting,” commented James, a member of the British Polish Law Association with a general interest and good working knowledge of Eastern Europe, having worked in the Court of Justice of the European Union. “There are legitimate points of view on both sides of this and more than two sides; the perception that the Government appears to have singled out Poles and even East Europeans is a matter of concern.”

One of the organisers George Byczynski, leader of the Political Group Polish Professionals in London, who said: “It was a very successful event and demonstrated how much the Polish community wants to get engaged in politics.

“Poles sometimes feel marginalised in the mainstream debate; it’s a hot immigration topic but no-one is hearing the Polish migrants. This debate, if nothing else, gave them a voice.”

Solicitor Agata Dmoch, a member of the British Polish Law Association, said for her one of the key points to come out of the day was the contribution made to the UK economy by Poles.

“The Polish community is concerned that their contribution to the UK budget is not being recognised.

“This is not a popular political argument, nobody talks about it, but there are many statistics proving that what we as a community put in – through our taxes – more than makes up for what we take out of the NHS, benefits system and education.”

One of the liveliest discussions centred around the proposal by exam board AQA to scrap the A-level in Polish in 2018. The Polish community is deeply concerned about the move, and a petition has been set up urging the AQA to reverse its ‘unreasonable’ decision.

And, it says, an A-level in Polish is equivalent to an A-level in one of the other major modern languages and is accepted for university entrance, both in the UK and Poland.

The article was first published on 30th March 2015 at Shrewsbury Today.